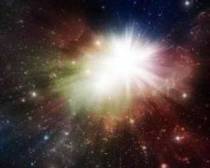 Usually when I am so wrapped up in my own world trying to will things to happen the way I want, bad things happen, like things blow up or get overlooked or somebody gets hurt. I am determined not to let that happen anymore

I didn’t mention that while I was grunting and sweating and cursing at those last few pieces of tile in my basement the other day, my phone rang twice. The first time, I could tell someone left a message. But then it rang right away again, so I thought it might be important. I went upstairs and looked at my missed calls. The first call was my mom, something about Christmas, which I can’t even really think about on the 4th day of December, so I didn’t call her back.

The second wasn’t her again, but my friend Michael, who I’ve been hiding from. Michael is one of only a few people on the planet who knows what’s been going on with me the last several months. He had called a couple of weeks ago on a Sunday and wanted me to call him back, but I never did. Today when he called, I didn’t want to either. I figured I’d get around to texting him and apologize for hiding because that’s what I do when people reach out to me. It’s very hard for me to reach back. But then I remembered a conversation we had a few months back, walking through Bloomington on an unusually warm Sunday.

I said that Sundays were hard because I felt like I should be doing something with someone and if I wasn’t doing something specific, I just ended up wandering around feeling lonely and doing nothing at all or spending money I didn’t need to spend. He agreed. He said he always called his mom on Sundays, and in the two years since she had died, he always felt at a loss about what to do since he couldn’t call her anymore. He told me he had saved one of her voicemail messages from one Sunday when they had played phone tag, and he didn’t have the nerve to erase it.

Then I realized maybe his calling me today wasn’t about me. Maybe it was about him. A lot of our friendship was about me. From the first time I cried to him about being sexually harassed at work and he wanted to kick the guy’s ass, to my tearful text from Starbucks telling him what a mess my life was in, to my visit last fall to Bloomington when I just needed someone to think I was beautiful and tell me how stupid everyone else is.

So I called him back. He didn’t pick up but I left an apologetic message promising to call him a little later, and made an excuse about how crazy my life has been, and that I was wrestling with the tiles when he called. I wanted to ask him if Sundays had really gotten any easier, but I didn’t want him to hear the catch my voice would have made when I said it. So instead, I just asked how he was doing, hoping that he knew it was about him this time. Later, I called my mom back, too.